The summit of the Stelvio Pass is at 2758 meters, making it one of the highest mountain passes in Europe. You can reach the top from 3 directions: from Bormio, from Prato dello Stelvio and from Santa Maria Val Müstair (Switzerland), then you will first pass the Passo Umbrail, the summit of which is 3 km from the top of the Stelvio.

the numerous turns of the Passo dello Stelvio

You can also climb this mountain yourself via Golazo. Every year they organize a four-day trip from Belgium for Climbing for life. On Friday and Saturday, in addition to the Passo dello Stelvio, the Mortirolo and the Passo della Gavia are also on the program.

Of course you can also climb these giants on your own initiative, we did this. You can read our stories in the article 3 dagen fietsen in de Dolomieten

The Passo dello Stelvio is regularly on the program of the Italian stage race Giro d'Italia and frightens the riders a lot. To make it even more harder for the cyclists, the Mortirolo or the Passo della Gavia are also on the program the same day, both terrible climbs.

The first time the riders had to climb the Passo dello Stelvio was in 1953 and immediately the pass was the scene of one of the last great performances of Fausto Coppi: in the penultimate stage, from Bolzano to Bormio, the then thirty-four-year-old campionissimo took the leather jersey from the Swiss Hugo Koblet and won his fifth and last Giro. 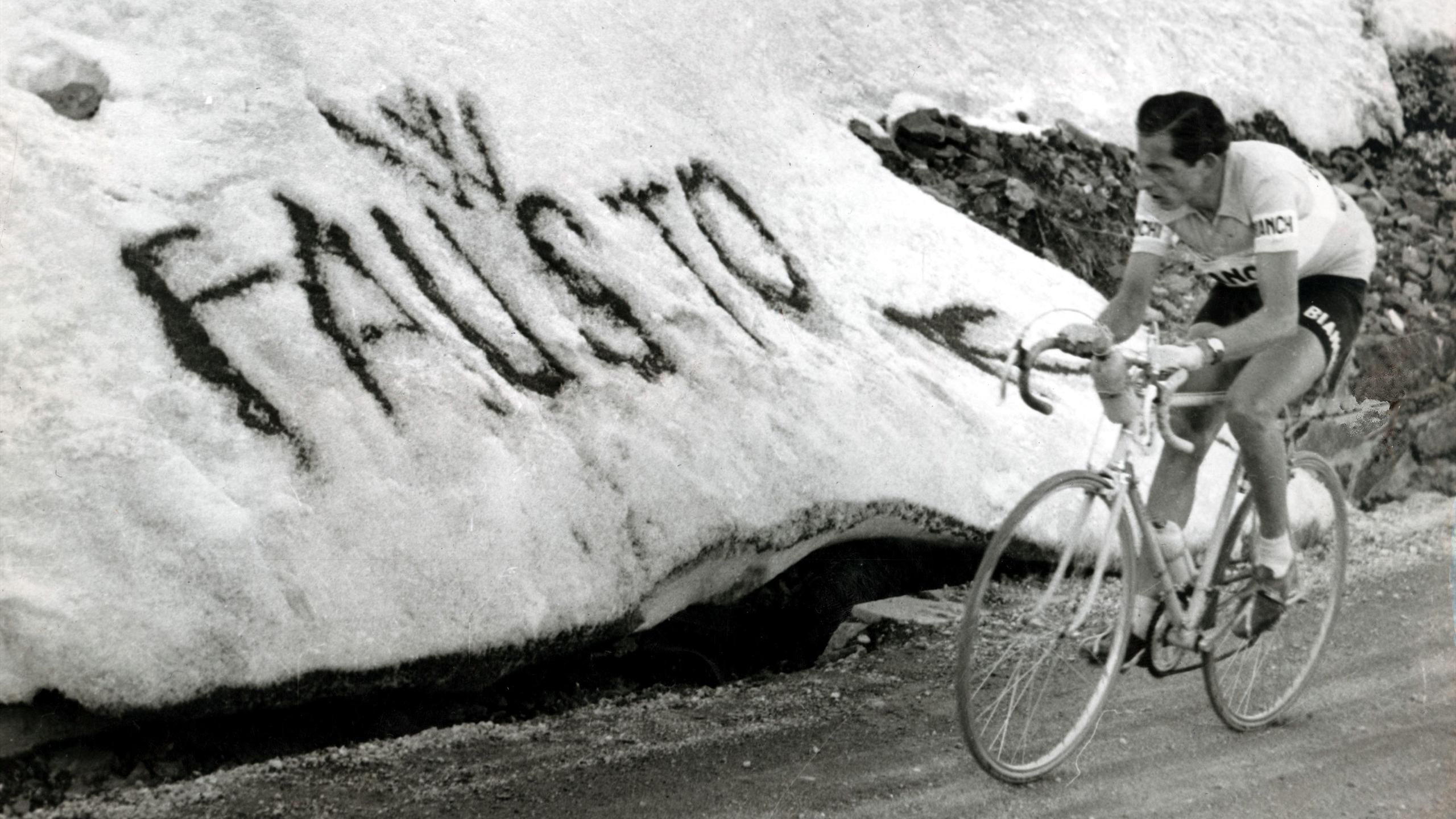 In 1965 the Cima Coppi was born, a title given to the highest col in the Giro d'Italia and with a cash prize for the cyclist who reach the top first. If the Stelvio is on the program, it is always the Cima Coppi.

At the top of the Col is a statue dedicated to Fausto Coppi.

In 1975 the last stage arrived at the pass and there was an exciting duel between leader Fausto Bertoglio and the second, the Spaniard Francisco Galdós who was behind in the general classification of only 40 ”. Galdós attacked several times and tried in all possible ways to leave behind Bertoglio but unfortunately he had to be satisfied with the stage victory.

Images show the unusual scene of Galdós crossing the finish line with his head down, Bertoglio cheering behind him and celebrating his final victory with arms raised.

In the Giro d'Italia 1980 , Bernard Hinault took the pink jersey. Hinault had sent his team mate Jean-René Bernaudeau in front. While climbing the Passo dello Stelvio, Hinault joined his team mate and together they drove the descent and the last flat part until the finish in Sondrio. 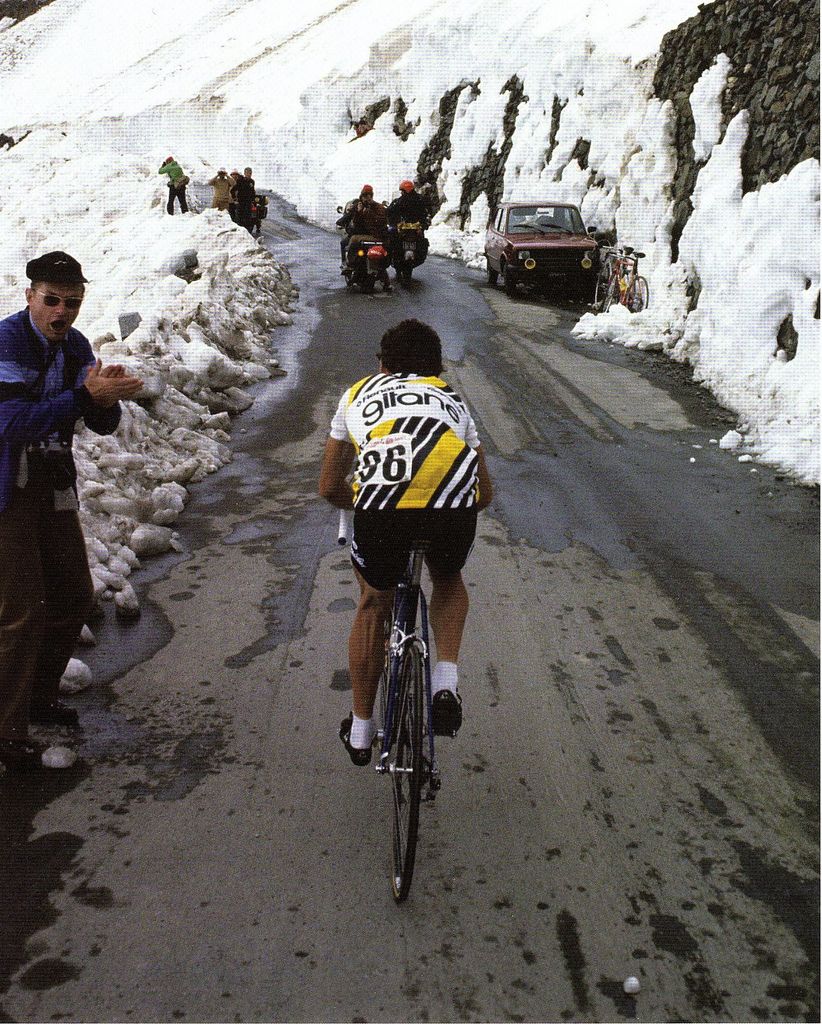 The born climber Marco Pantani left behind Miguel Indurain and the winner of the Giro Evgeni Berzin in the edition of 1994.

Of course we still remember very well the victory of Thomas De Gendt in 2012 when he won the stage after a long solo trip. In this Giro Thomas became the revelation with a 3rd place in the final classification.

Including the Stelvio in the Giro d'Italia always involves some logistical risks. After all, in late May / early June, the weather conditions in the Alps are still not stable and snow is still possible, with the risk of the stage being diverted or canceled. 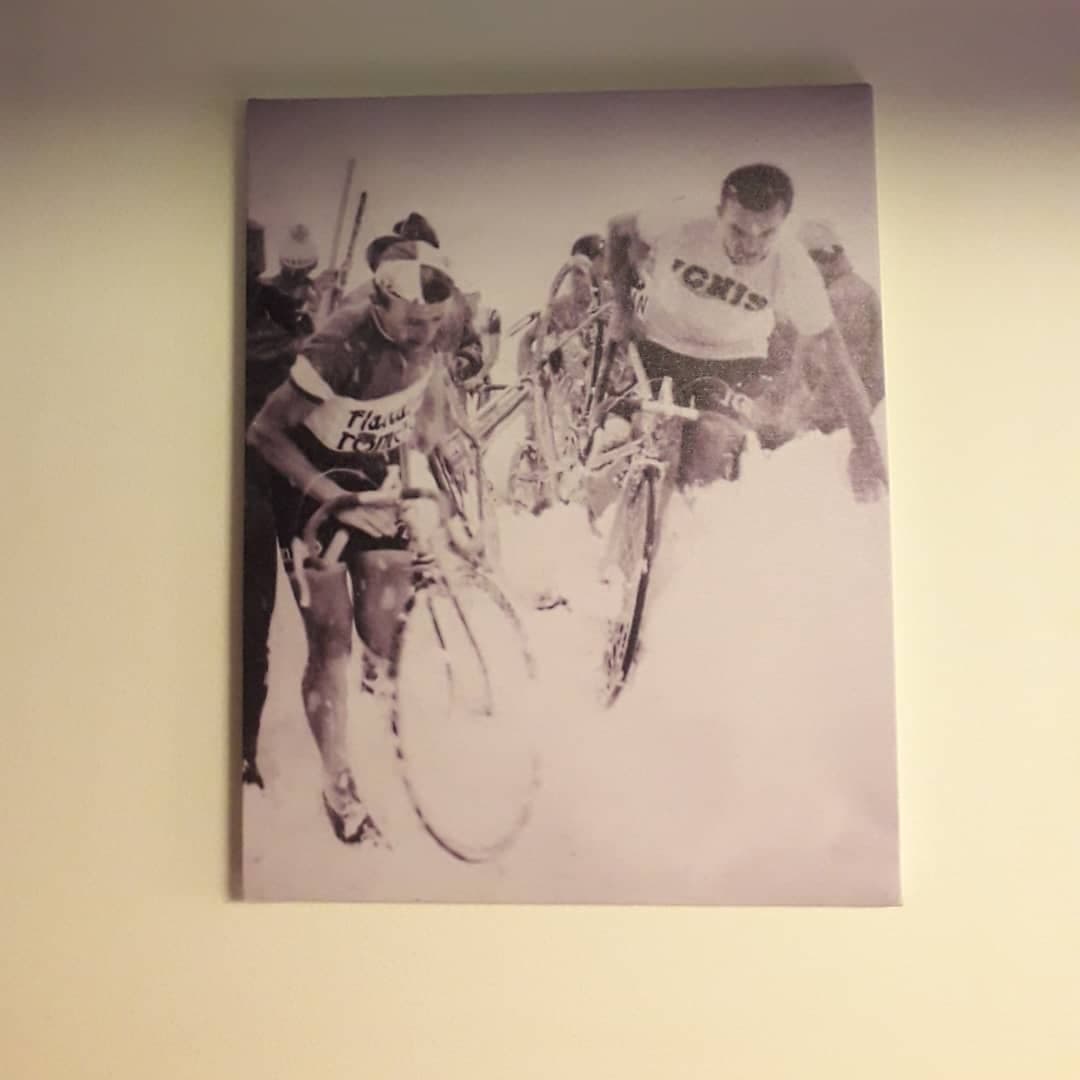 In the Giro’s of 1988 and 2013, for example, the ascent was canceled. The 2013 stage was repeated in 2014 and in difficult weather conditions (snow during the top passage) the Italian rider Dario Cataldo reached as first the top 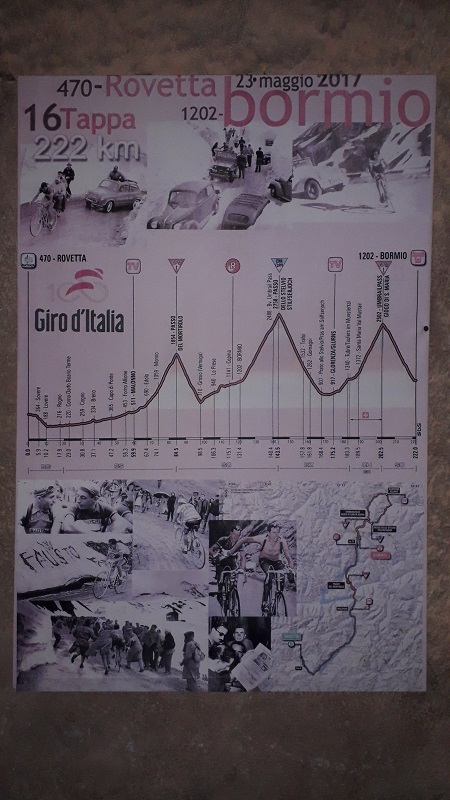 In 2020, the Passo dello Stelvio is back on the program and after the descend to Bormio, starts the the beautiful climb to the Lake of Cancano.

Below you will find all editions with the winner of the Giro d'Italia in which the ascent of the Passo dello Stelvio was on the program. 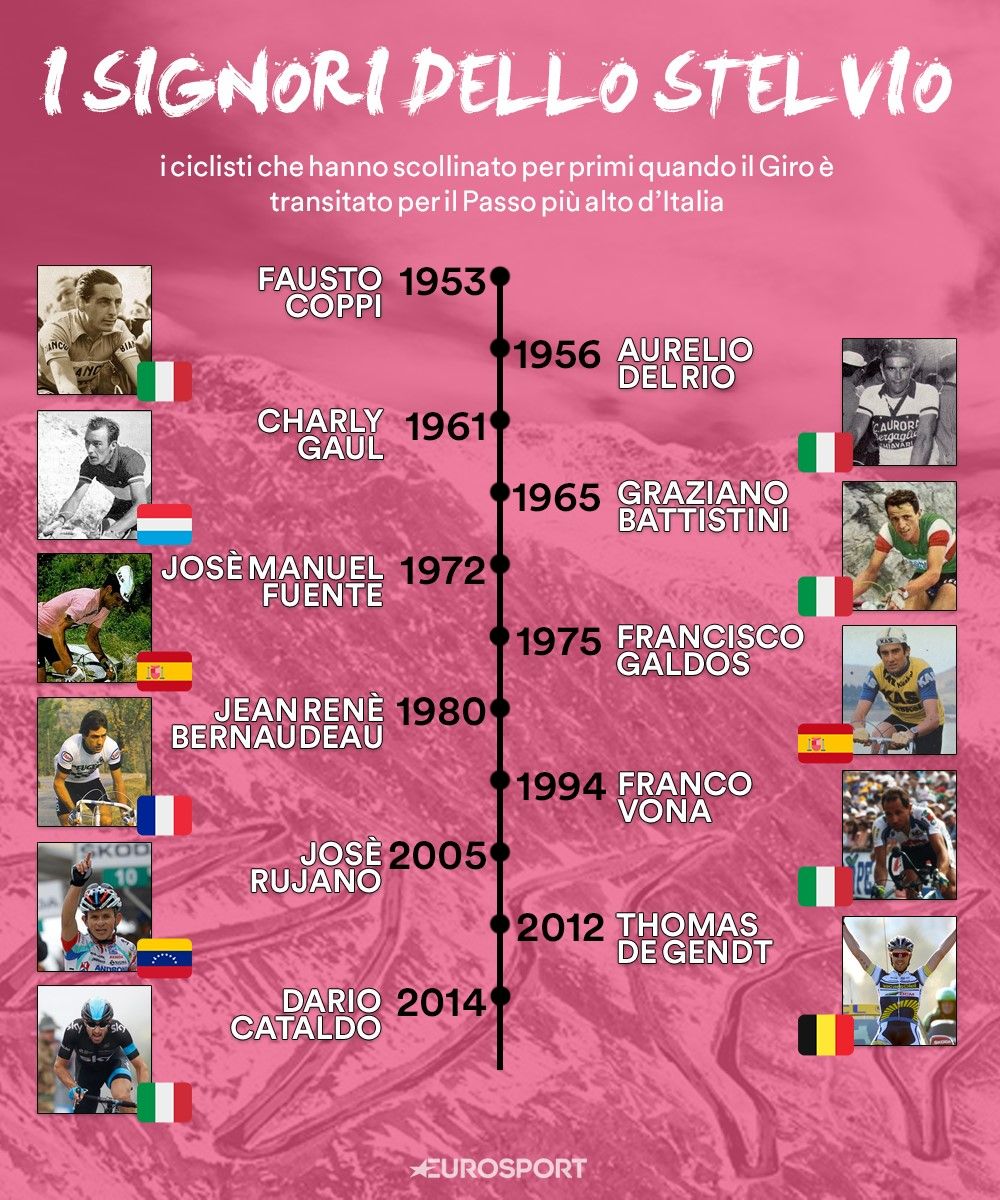