Giant sponsors the Spanish cycling team ONCE Deutsche Bank until 2003, which will be called ONCE Eroski from 2001 onwards, followed by the German Team T-Mobile with strong riders such as Jan Ullrich, Alexandre Vinokourov, Erik Zabel, a young Mark Cavendish, André Greipel and Andreas Klöden.

In 2003, the revolutionary TCR frame has now it's first model in carbon and is marketed as the TCR Composite range. 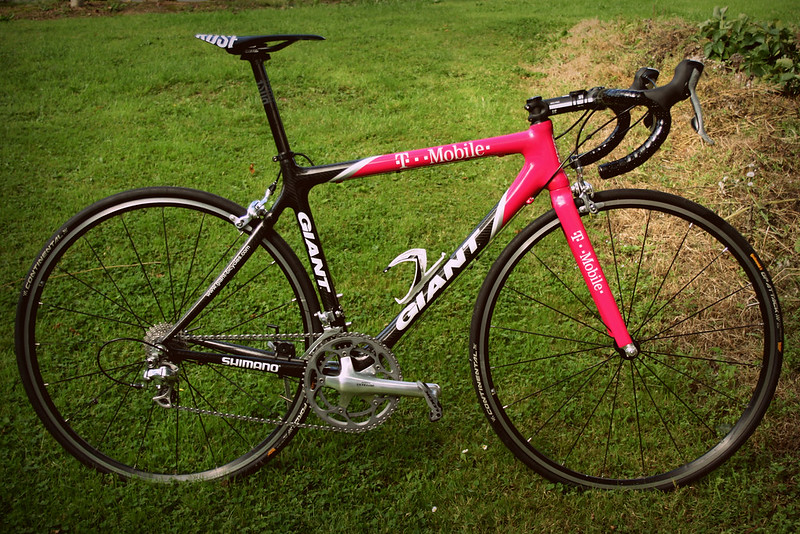 The Giant TCR in carbon from Team T-Mobile in 2004

In 2004 Giant introduced into the world of Off road his Maestro Suspension Technology. This innovative design has four pivot points to neutralize pedaling and braking forces and keep the suspension fully active on all types of terrain.

In 2006, a frame of higher quality carbon fibers follows which gets the name Giant TCR Advancedframe and is characterized by an integrated seat post (ISP). New to this model is that the seat post on the new frame must be cut precisely according to the size of the rider.

In 2008 Giant launches the sub brand Liv / Giant with products aimed exclusively at the female bicycle market. In 2014 this sub-brand will be renamed LivThe re-branding is intended to make the Liv brand products completely independent of the existing Giant products and to tailor them entirely to women.

As part of the rebranding, special Liv stores and Liv zones are introduced within most Giant retailers.

In 2008 the T-Mobile team changed to Team High Road after T-Mobile withdraws from the cycling world due to doping problems. The new sponsor will be High Road, which will later be assisted by clothing manufacturer Columbia Sportswear and later still by HTC. The name of the cycling team therefore changes a few times in a short time.

Giant's sponsorship ends at the end of 2008 and a new cycling team is being sought. It will be the Dutch team Rabobank. The bikes used are the Giant Advanced SL Iteration with Dura Ace groupset.

The Giant Advanced SL Iteration of the Team Rabobank

For the 1st time Giant wins a stage race: the Giro d'Italia in 2009, thanks to the Russian rider Dennis Menchov who rides for Rabobank. Giant Milan San Remo 2010 also wins thanks to Oscar Freire as well as several stages in the Tour de France, especially thanks to the spurter Mark Cavendish at Team High Road - Columbia.

The sponsorship of the professional Rabobank team will continue until the end of 2013. The name has been changed to Belkin - Pro Cycling Team. The same year, the Giant Propel is launched, an aerodynamic bike that is mainly used in flat rides for pure sprinters. 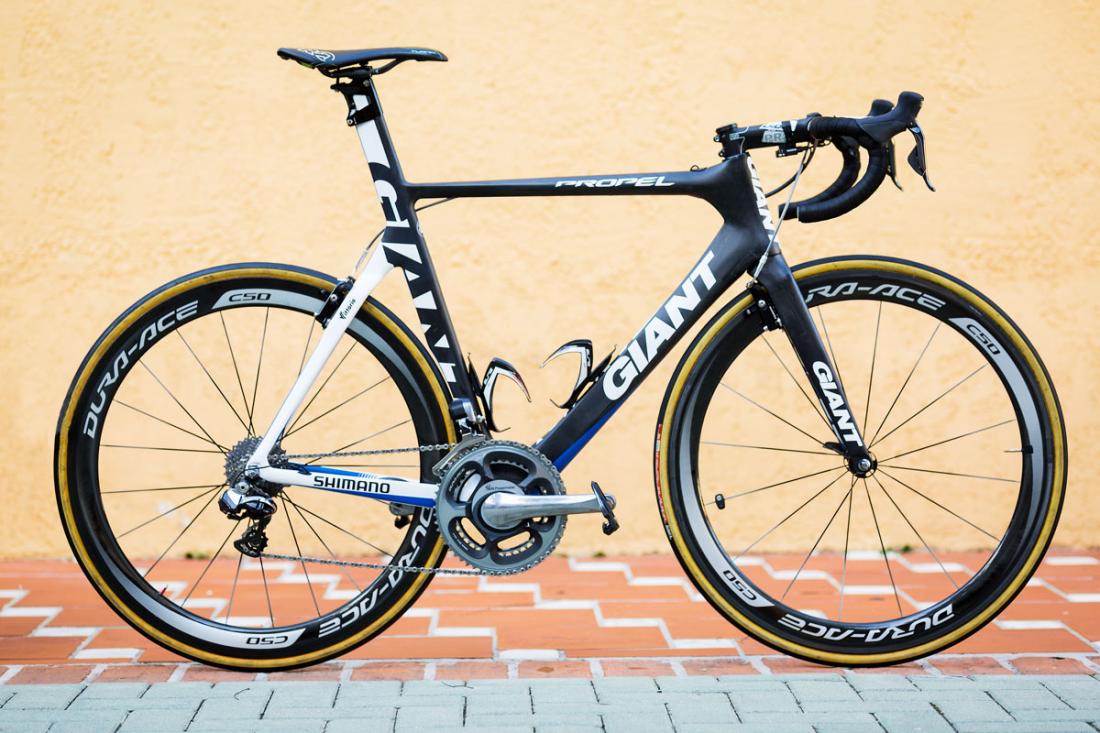 The following year the name of the team changed into Giant Alpecin and now victories are also booked in the classics. John Degenkolb wins Milan San Remo on a Giant Propel in 2015 and Paris Roubaix on a Giant Defy. The robustness of both bicycle models was immediately proven.

The sponsorship will continue until the end of 2018, team Giant Alpecin is now called team Sunweb and in 2017 Tom Dumoulin wins the Giro d'Italia. Giant has become more than an established name in professional cycling and now even sponsors women's teams.

The current range of Giant

The current range of Giant bicycles is very extensive and divided into:

In all categories there are a lot of subdivisions such as in the category road bikes triathlon, fitness, electric road bikes, ...

In addition to the numerous carbon bicycles, the cheaper aluminum bicycles are still made with 6061 (Aluxx) aluminum alloys. The range has now been expanded to 6 sizes (X-Small, Small, Medium, Medium / Large, Large and X-Large).

In 2018 Giant will launch its 1st gravel bikes: the Giant Revolt Advanced and the Giant Toughroad SLX

The latest novelty is the launch of Giant Cadex mid-2019. This name was already used in 1987 for Giant's first carbon bike and is now used again for their quality line of bike components, wheels, tires and finish kits.

Before the brand was officially launched, the components were already used as prototypes under the brand name #overachieve at the UCI WorldTeams sponsored by Giant (Team Sunweb in 2018 and CCC Pro Team in 2019).

The bicycles of the CCC team with Cadex wheels