You can see bicycles of the Giant brand all over the street nowadays and also in the professional world of cycling, mountain biking, downhill and triathlon you see them more and more.

Deal with Schwinn and foundation of own brand Giant

Giant was founded in 1972 by king Liu and several friends in Daiia (Taichung City). The big breakthrough came in 1977 when Giant CEO Tony Lo made a deal with Schwinn to manufacture bicycles for them. The main bicycle Giant produces for Schwinn is the Schwinn World Sport.

When bicycle sales in the US are booming and workers at the Chicago Schwinn factory strike in 1980, Giant becomes the primary supplier. In the mid-1980s, more than two-thirds of Schwinn's bicycles were manufactured by Giant, representing 75% of Giant's sales.

After several times unsuccessfully trying to secure a majority share with Giant, Schwinn decides to look for a new source, and in 1987 they sign a contract with the China Bicycle Company to manufacture bicycles in Shenzhen.

Therefore Giant, under new President Bill Austin (formerly Vice President of Marketing at Schwinn), decides to market the bikes solely under Giant's own brand and to focus on the lower price range. The Giant brand has been registered since 1981. 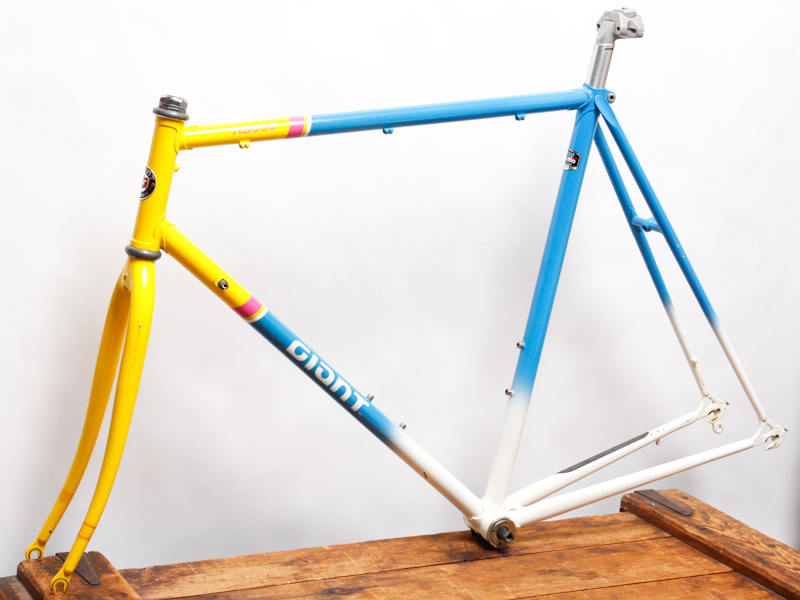 In 1984 Giant also establishes a joint venture, “Giant Europe”, with Andries Gaastra of the Dutch bicycle manufacturer Koga Miyata. In 1992 Gaastra sells his shares back and Giant becomes a sole shareholder of Giant Europe.

Carbon fibers are the new material in the mid 80s and just as Colnago designed their 1st carbon bike, the Colnago Concept, in 1986, Giant also designs his 1st carbon bike. 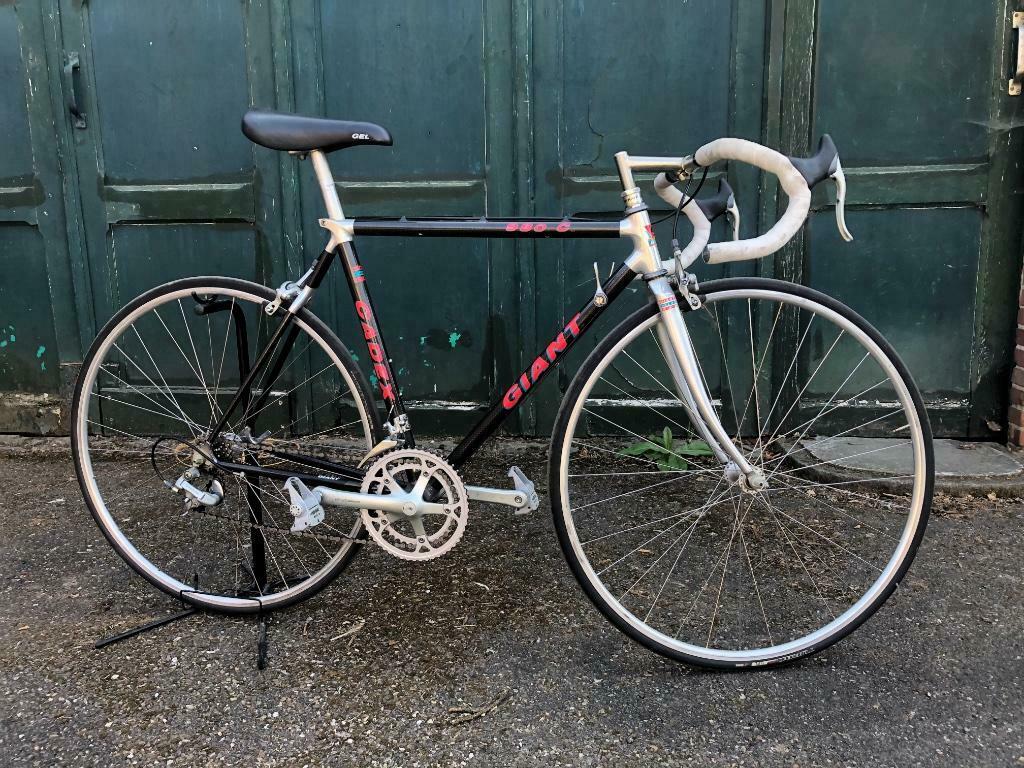 The 90's and the revolutionary Giant TCR

In 1995 Giant sponsors a cycling team for the first time, namely the Mountainbike Team of the American John Tomac and the Norwegian Rune Hoydahl. 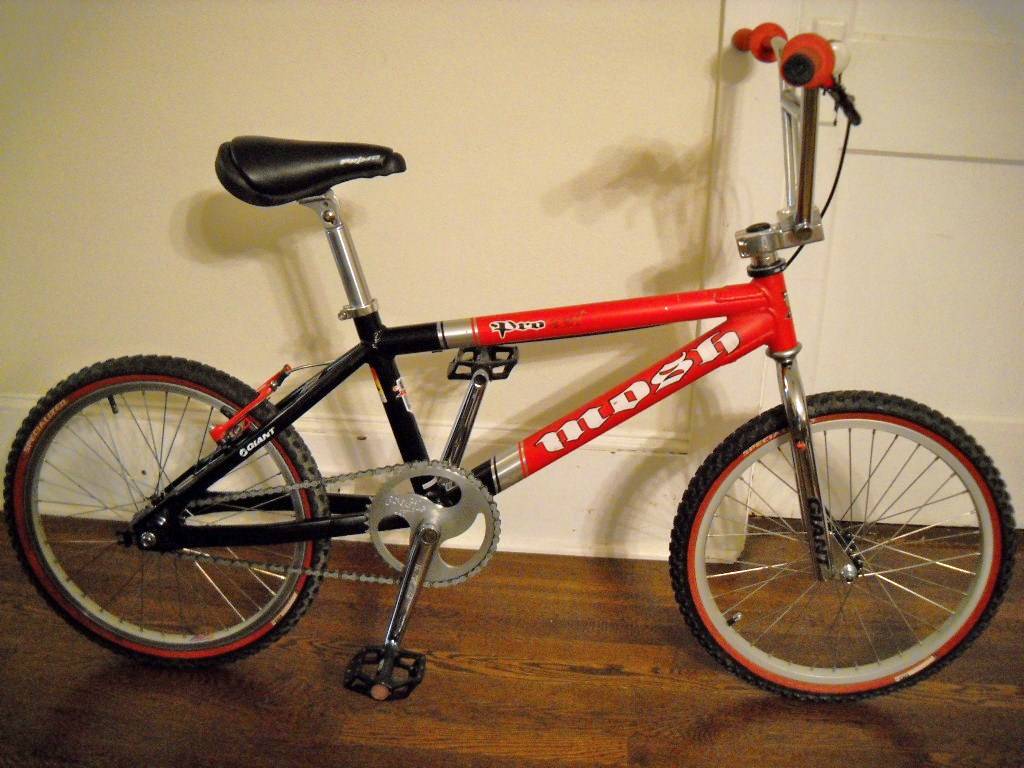 BMX of the Mosh brand, notice the decals of Giant

In 1997 Giant designed its revolutionary Giant TCR road bike with a sloping top tube with a smaller rear triangle called Total Compact Road design. This design gives more stiffness than a more conventional frame, the power transfer through the smaller rear triangle is better and because less material is used, the Total Compact Road design is also lighter.

This design will be adopted by competitors in the coming years and is still visible in modern racing bicycles.

The idea comes from the British engineer designer Mike Burrows who previously designed the time trial bike for Chris Boardman in collaboration with Lotus and by which Boardman won gold in the individual time trial at the 1992 Olympic Games in Barcelona.

Burrows has been following the world of mountain bikes where most of the innovations happened the last years and where the bicycles were offered in only 3 sizes: small, medium and large. Burrows also applied this principle to the road bikes and by adjusting the length of the seat and stem everyone can get a suitable bike.

In addition to the above arguments, this mainly has a huge economic advantage for the bicycle manufacturer Giant, which now has to produce only 3 models instead of 10 models as was previously the case. Therefore Giant can make many more bicycles in a short time, with a lower price.

To advertise this, Giant needs a marketing strategy and decides to sponsor a professional cycling team from 1998. It will be the Spanish ONCE - Deutsche Bank. The sponsorship lasts until 2003 and the most famous riders who ride a Giant bicycle during that period and ensure successes are Alex Zülle, Laurent Jalabert, Johan Bruyneel, David Etxebarria, Carlos Sastre, Abraham Olano, Joseba Beloki and a young Alberto Contador.

But before the Giant TCR can be used in the professional environment, the UCI must first be convinced, which initially prohibits bicycles with a sloping top tube. After a meeting between UCI boss Hein Verbruggen and Jan Derksen, CEO of Giant Europe, ONCE - Deutsche Bank was given permission to use the Giant TCR.